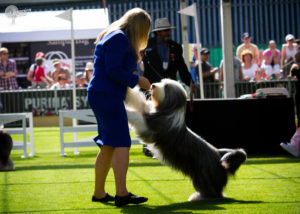 “As a third generation dog person, I have been involved in the sport of Pure Bred dogs my entire life. I’ve represented my State in Junior Showmanship and grew up handling the family’s English Cocker Spaniels and American Cocker Spaniels along with my own Greyhounds and Wire Fox Terrier and many other breeds over the years. I fell in love with Bearded Collies after a stint in the USA with Mark and Lisa Bettis in 1994 and 1995. Mark & Lisa campaigned the # 1 Bearded Collie in the States at the time. Andrew had the typical Beardie bounce and was one of the many Beardies during this time that convinced me this was the breed I had to have. Since then I have been successfully exhibiting Bearded Collies and have bred Specialty & All Breeds Best in Show winners, Supreme & Grand Champions as well as Herding & Agility titled dogs under the Stylwise prefix. I am currently ANKC licenced to judge Working Dogs.Coated breeds require a lot of grooming and I have been using Chris Christensen products for many years to achieve Best in Show winning results. White on White Shampoo is a favourite to keep whites sparkly clean as is the After U Bath product which cuts drying time almost in half. I also love the Spectrum 1 System with the Substance Builder which gives a great result without softening the coat. The proof is in the results with my current Beardie Dizzee, Supreme Champion Stylwise Dizzee Rascal HT, winning Best in Shows at All Breeds and Specialty Shows in 2013 and ending the year as #1 All Breeds in the ACT. I am looking forward to another fabulous year in 2014 with Dizzee being joined by Devlin, my new boy from the USA.” 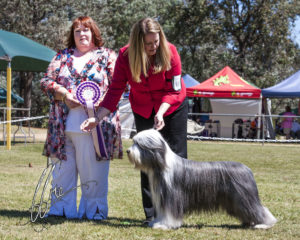 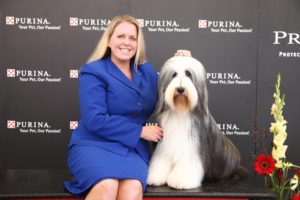 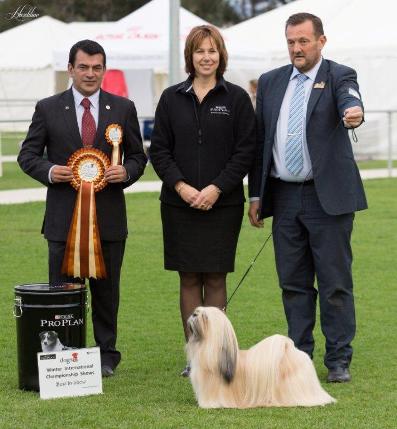 I have been involved in the Dog World since 1968 as a successful breeder, exhibitor and exporter of Australian Silky Terriers under the “DULCANNINA” prefix, and as an exhibitor of all three varieties of Poodles and Lhasa Apso’s. From the age of ten I handled my family’s dogs in the show ring and later became a partner in the kennel.

Highlights of my involvements with Silky Terriers include:

*Dulcannina bred and owned the first Silky Terrier to win Best Exhibit in Show at a Royal Show within Australia (Melbourne Royal 1972).

In addition to my involvement with 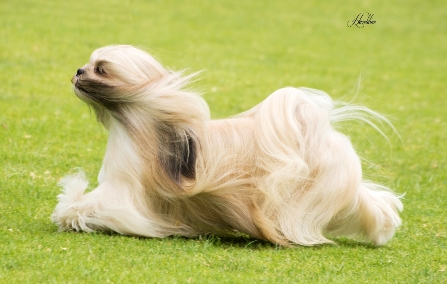 Since 1997 I have also been involved with Lhasa Apso’s, with great success as a partner with Jenny Longmire and more recently with Ian Glen in the “AMESEN” prefix.

I was first approved to judge the Toy breeds in 1978 and achieved “ALL BREEDS” status in 1989.

I have officiated at shows in all States of Australia, Sweden, Norway both Islands of New Zealand, India, Canada, and Japan.

In 1992 I was invited to lecture on Silky Terriers to the Terrier Judges at the Terrier Derby Conference in Sweden.

I judged the Pedigree Chum Junior Showmanship Final at Crufts in 1994.

I also judged at the world Dog show 2008 held in Sweden.

Currently I am the Group Seven (Non Sporting Group) Co-ordinator, Examiner, Assessor and Breed Lecturer with the Judges Training Scheme in South Australia

Over the years it’s been my belief that to get the best results in the show ring, you must firstly feed a premium dog food (My dogs are exclusively feed on Purina PRO PLAN) and then groom with a reputable grooming product that suits the breed. I choose to use Chris Christensen shampoos and conditioners and have been really impressed with the Precious Drop Hydrating solution on my Lhasa Apso coats. It reduces frizz and matting and by moisturising the coat it has cut down on weekly grooming time. The coat feels more controlled on show days with an overall better finish. 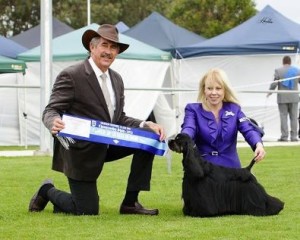 Azel Kennel started over 30 years ago with Boxers and then went on to American Cocker Spaniels. Azel Kennel have bred many Best In Shows and Specialty winning dogs. We strive for excellence in structures, fitness and most importantly coat condition with our American Cockers. We spend many hours grooming our dogs, and its important that we use products that enhance our dogs. Over the years we have experienced different products for our dogs but we truly believe we have it right finally, firstly we feed our dogs with Royal Canin and secondly groom our dogs with Chris Christensen. With the combinations of our products we achieve the TOP results.

Charlie is groomed only with CC products such as Spectrum Shampoo, Black On Black Shampoo, After U Bathe 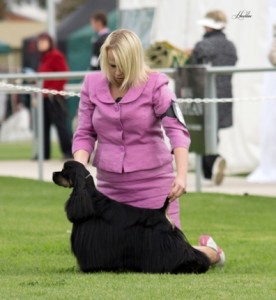 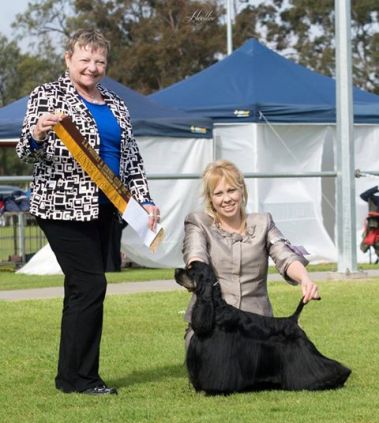 We are thrilled to bits with the look Charlie has, and many people comment on his presentation and Coat. We look forward to promoting this product with other people, so they can get the best result too!