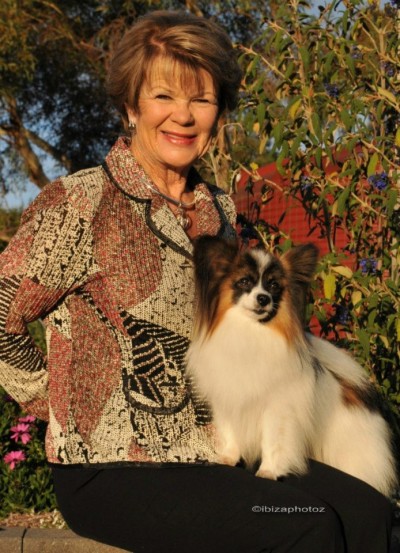 David and I began in the Dog World in 1970 with English Springer Spaniels. Miniature Poodles and American Cocker Spaniels soon followed.  We have bred 111 Wongan champions and made up another 23, among them many Best in Show winners; including Royal Melbourne Show and more than twenty–five breed Specialties. In 2010, we introduced Papillons to our household and this is now our only breed.

I have always taken pride in our dogs’ presentation and how they have looked in the ring and when I tried some of the Chris Christensen products, I was blown away by the difference in the dogs’ coats. I simply could not believe how good they looked!

We have a fledging team of dogs, headed by our UK/Aust Ch Rozamie Moulin Rouge(Imp UK), who was UK’s Top Papillon in 2011 and a Best in Show and Best in Specialty Show winner here. He is currently taking a back seat to some new youngsters, Wongan Stand and Deliver, a Multi Baby in Show winner and soon to make her debut, Wongan Soda Licious.

I just love the White On White to bring up the whites and have been successfully using the Spectrum 10 regime along with Thick and Thicker for their ears and tail. To replenish moisture and for maintenance through the week, I use the Coatlink Coat Dressing. It is also great to use on the coats at the shows. We have no doubt that using these fabulous products will go a long way in making our dogs stand out in the ring and sincerely thank Chris Christensen for taking us on board. 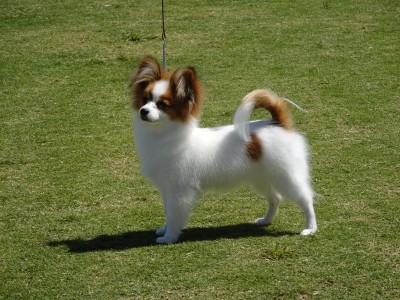 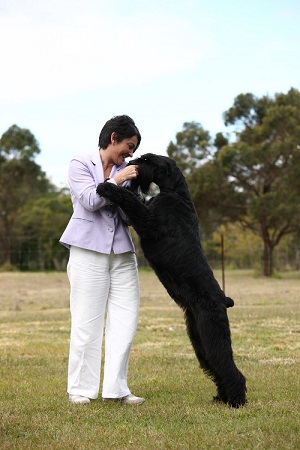 Sue Richie & Petri Talvinen have bred Giants together under the Blackline preflix since 2005, before that Sue had bred & shown Standard Schnauzers. Petri previously had the Pamausfinn prefix. We have imported our foundation sire from one of worlds top Giant breeders in Finland and our bitch from the Kennel that produced the winner of the 2008 US “A Top Dog”.

Our winning achievements have been Royal BOB,s and r/up in group, Multi BISS under International breed specialists and many, many All Breed BIS. Handling giants at the Stockholm & Paris World Shows has been a definite career highlight.

Giants required a lot of work, with stripping, scissoring and maintaining coat, the

Spectrum One System is perfect for my breed, ending with After U Bath, which makes brushing & drying a breeze. Then Thick N’ Thicker Spray helps to keep the furnishing in place.

I was so excited to win the Quiet Achiever Award and am looking forward to making Chris Christensen Australia proud! 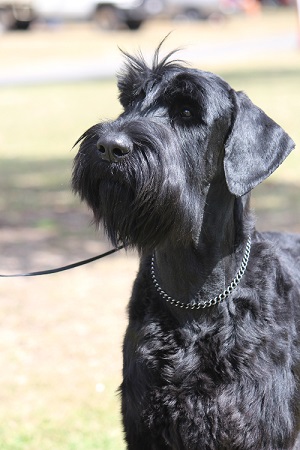 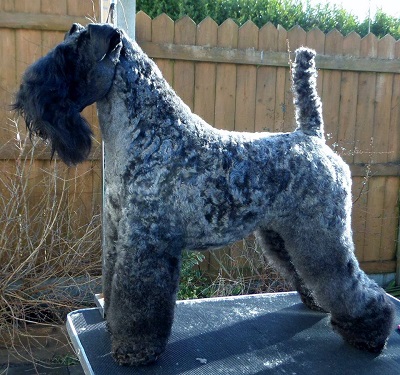 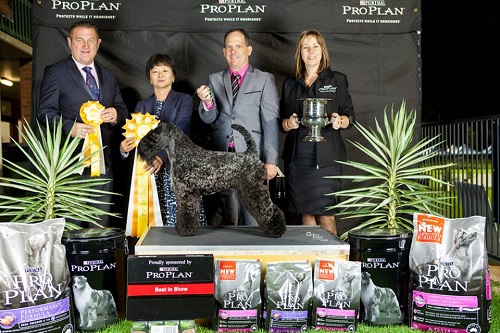